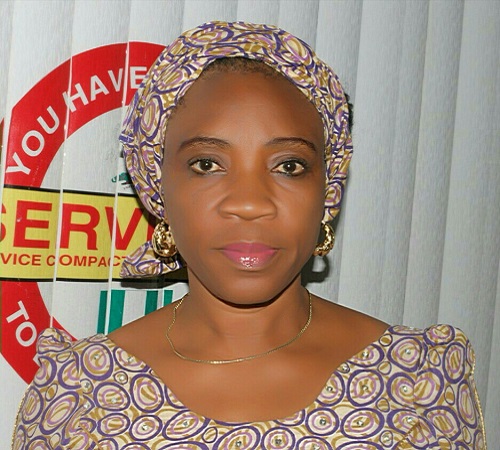 Mrs. Nnenna Akajemeli is the National Coordinator and Chief Executive Officer of SERVICOM Office, Presidency and hails from Orlu Local Government Area of Imo State. She was born into the family of Nze and Mrs. A.A. Nwosu of Umuna Orlu in 1965 at Port Harcourt, Rivers State, Nigeria.

She joined the services of the Federal Government in 1989 as a Personnel Officer II with the National Directorate of Employment and rose to the position of an Assistant Chief Personnel Officer before her secondment to SERVICOM Office in year 2004 as one of its pioneer staff. She held key positions of Team lead, Head of Operations, Chief SERVICOM Officer and acted as National Coordinator SERVICOM from 2015 till her present appointment in April 2017.

She is a devout Catholic, a Lady Knight of St John International with its supreme Headquarters in USA. She belongs to and serves in many societies in the church including National Women Organisations, St Judes Thaddeus and her basic Catholic State Community Association known as St Patricks Enugu, Anambra, Ebonyi Catholic Community of CKC Parish Kubwa, Abuja FCT.

She is happily married for 29 years to Sir Okwudili Akajemeli from Uli in Ihiala Local Government Area of Anambra State and is blessed with four children and three grandchildren.

A professional in her field of studies, she’s competent, an achiever, an upright personality, she’s a global icon who believes in global standards, she’s passionate for service excellence, she’s a good team lead, an astute crusader, a trailblazer, and a pathfinder.

She believes in fighting for the right of Nigerians who have been short-changed. She’s an outstanding and accomplished administrator. A woman with great ideas, an exceptional principle and exemplary character.

She is well known as madam SERVICOM

Her hobbies include reading, cooking, Mediation, Strategic engagement with people, giving back to society and humanitarian services.