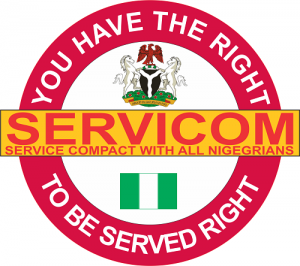 Episode 93 of the SERVICOM Help Desk Radio Programme held on Tuesday 15th October 2019, the National Coordinator / Chief Executive Officer of SERVICOM, Mrs Nnenna Akajemeli appreciated the Ordinary President and the Brekete family for the impact of the programme.

Dr. Shittu said NERC was established in 2005 under the Electricity Sector Power Reform Act, adding that the Commission is made up of 7 Commissioners Headed by Prof. James Momoh.

“NERC is in charge of power generation, transmission and distribution for both government and private operators; we oversee technical, commercial and customer service. We make and enforce rules and regulation for the protection of both the operators and the customers”, he said.

He further explained that the Commission determines what the Operators can charge for electricity distributed and has put in place rules that govern metering as well.

According to him, “NERC came up with an innovation that some group of persons can partner with the Distribution Company and these are the people that consumers pay directly to”.

“If you have any issue, the first thing is to meet your distribution company and put your complaint in writing, secondly you  should contact the NERC Forum Office that are in the states of the Federation”, he said and went on read out the  complaints number of the Commission as 08146862225.

Highlight of Episode 92 of the SERVICOM Help Desk Radio Programme.

Highlight of Episode 95 of the SERVICOM Help Desk Radio Programme.
Scroll to top