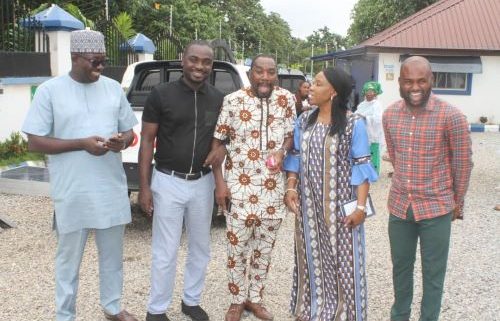 Episode 74 of the SERVICOM Help Desk Radio programme held on the 21st June 2019 and the SERVICOM National Coordinator Mrs. Nnnenna Akajemeli was in the studio to harvest feedback and complaints boarding on the recently conducted Joint Admission and Matriculation Board (JAMB) from candidates, their patents and relatives.

The National Coordinator explained that it was the responsibility of SERVICOM to always ensure that citizens are served right, saying this was the reason why SERVICOM was taking a middle position on the deluge of complaints on JAMB to see to satisfactory resolution.

“We have observed working on the field that a lot of times, people are helpless, sometimes out of lack of information or  lack of timely delivery of service so when we heard the issue of JAMB, we came forward to help resolve this matter by engaging the complainants with both Ministry of Education and JAMB”, Mrs Akajemeli said.

“The concerned authorities on this matter are listening to us, it’s about being open and working toward solutions because we can not wish this away” the National Coordinator further said.

She explained that from her engagement with JAMB, she was informed that candidates with complaints could log on to the on-line complaint platform of JAMB and lodge their complaints which would be attended to within 24 hours. Complaints in the studio retorted that the complaints handle had not been effective as those who dropped their complaints there did not get satisfactory response within the promised timeline.

While opportunity was given to some candidates and parents to say their complaints, a list of all complainants within and outside the studio was drawn up. The National Coordinator  gave an assurance that the SERVICOM office would continue to engage with JAMB and the Ministry of Education for amicable resolution on the complaints.

Highlight of Episode 73 of the SERVICOM Help Desk Radio Programme.

Highlight of Episode 75 of the SERVICOM Help Desk Radio Programme.
Scroll to top