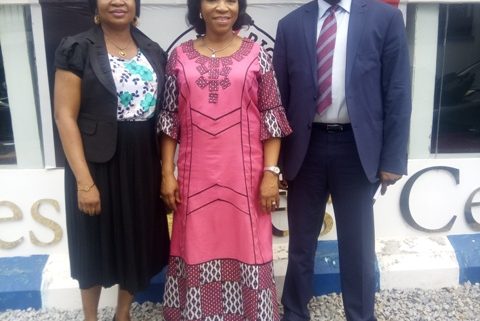 Episode 61 of the SERVICOM Help Desk Radio Programme which held on the 2nd of April 2019, had the Independent Corrupt Practices and Other Related Offences Commission (ICPC) as its guest, to enlighten Nigerians about services offered by the Commission in its fight against corruption.

The National Coordinator and Chief Executive Officer of SERVICOM, Mrs Nnenna  Akajemeli appreciated  the Founder of the Brekete Family, “Ordinary President” Ahmad Isa for his immense contribution to the sustained success of the SERVICOM Help Desk Radio Programme, which commenced over a year ago.

On the case between Viko car hire service operator and the Federal Airports Authority of Nigeria (FAAN) the National Coordinator was happy to report that the case has been amicably resolved after series of reconciliatory meetings involving the two contending parties, SERVICOM Office and the Brekete Family.

“As I speak now, Viko’s stand has been restored at the Nnambi Azikiwe International Airport Abuja”, she confirmed, and sued for adherence to all agreements reached by the two parties in the course of reconciliation.

Public Awareness Manager who also gave a feedback on the  case between Miss Blessing Onu and the Delta State Polytechnic Ozoro  over non –release of her National Diploma Certificate, said the National Board for Technical Education (NBTE) has officially informed SERVICOM that the Board has investigated the matter and found  that the appeal by Miss Blessing lacked merit because she did not possess requirement for admission in the first place, while some discrepancies were discovered in her documents.

The Ordinary President at this juncture appealed that the ICPC should take over the matter and give a feedback by next week.

The ICPC  SERVICOM Nodal officer and  Deputy Director Mr. Olusegun Aremu who assured that the case will be properly investigated, gave insight into the workings of the Commission said ICPC was established in year 2000 with three main mandate of Enforcement, Preventive and Public Enlightenment / Education.

He said though ICPC is funded by the Government, it still looks into activities of government officials to stem corrupt practices that impede service delivery.

The Assistant Commissioner Public Enlightenment ICPC clarified that when cases are received, they are looked into to ascertain which ones are to be handled by the Commission as not all reported cases fall under the purview of the Commission.

He advised citizens that when they are asked to give bride by any law enforcement officer, they should secretly take the details of the officer and have as much evidence as possible and present such when reporting to the commission. “We have a special way of investigating undercover as long as there is enough evidence ’’ Mr. Aremu said.

No fewer than ten complainants who were present in the studio were asked to go with the team from ICPC for speedy resolution of their complaints.

Highlight of Episode 60 of the SERVICOM Help Desk Radio Programme.

Highlight of Episode 62 of the SERVICOM Help Desk Radio Programme.
Scroll to top