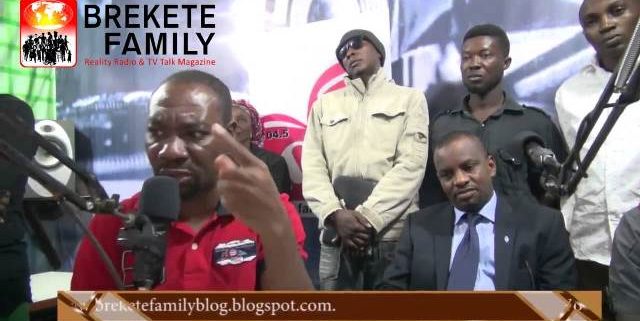 A SERVICOM Officer Mr Clement Stephen was the discussant for the day and the focus for discussion was on the workings of Ministerial SERVICOM Units (MSUs).

Mr. Clement recalled that in March 2005, the Federal Executive Council (FEC) resolved that  Ministerial SERVICOM Units be established in all MDAs to be headed by a Deputy Director who is to serve as the Nodal Officer with Staff assigned to man the Charter, Complaints and Service Improvement desks in the Unit.

The Nodal Officer reports directly to the Minister through the Permanent Secretary or the Director in the Permanent  Secretary’s Office  or to the CEO in case of Extra-Ministerial Department or Parastatal, Mr Clement said.

He explained that the MSUs are to spearhead the Service Delivery Initiative by Serving as the Link between the SERVICOM Office and the MDA; Developing service standards (Charter); Managing the MDA’s Customer Relations Policy; Instituting a Customer-Friendly Complaints Procedure;  Instituting appropriate feedback mechanisms and Promotion of quality assurance and best practices

He further explained that citizens and all service takers can approach the SERVICOM Unit for assistance when frontline staffs fail to adhere to standard procedures or when they are dissatisfied with the service.

The Public Awareness Manager Ms. Patience Musa appealed to those who had called the office with complaints to put their complaints in writing or send them as texts messages as they have been requested to, as to enable SERVICOM to have official documents with which to follow up on their complaints to a logical conclusion.

The National Coordinator Mrs Nnenna Akajemeli appealed to Government Agencies that are yet to establish their SERVICOM Units to do so in order to give service takers maximum assurance of improved and satisfactory service delivery.